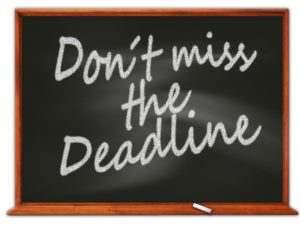 The certification of healthcare technology has been around since 2006 when the Certification Commission for Healthcare Information Technology (CCHIT) launched a voluntary program designed to test the ability of products to meet certain functional requirements. Jump forward a few years and we were given the CMS Meaningful Use program that incentivized the use of Certified Electronic Health Record Technology (CEHRT). That brought in a number of testing and certification bodies authorized by the Office of the National Coordinator (ONC).  Now we are in the early stages of the MACRA/MIPS program that brings both positive and negative Medicare reimbursements based on a provider’s quality score. CEHRT is an integral part of that program. Can you see the theme here? Certification has become embedded in the evolving field of healthcare technology. Whether it is MACRA/MIPS, recognition of Medical Home status, or the requirements of a Request for Proposal (RFP), there is an ongoing need for vendors to achieve and maintain certification of their products. The ONC certification system may contain some flaws, but it is the cost of doing business in this domain. If a vendor does not achieve ONC Certification their business model is at great risk.

ONC has rolled out three editions of CEHRT. The first, the 2011 Edition, has long gone into the history books. The 2014 Edition can still be used throughout 2018. 2019 is altogether another story. Originally 2018 was the year that vendors had to roll out their certified 2015 software editions. A one-year grace period was thrown into the mix and vendors were given an extra year to achieve the 2015 Edition certification and roll out their products to providers. With only 9 months left to accomplish that task, they may be running out of time.

The Certified Health IT Products List (CHPL) maintains the ledger of all active and withdrawn certifications. There is some fascinating data there to review. There are over 4000 entries for active 2014 Edition Certification. For the 2015 Edition there are less than 300 active certifications. Now I admit there is a bit of an apples to oranges comparison here. For 2014 many vendors active certification is shown for different versions of the same product. Nonetheless it is apparent to me that many vendors have yet to achieve certification even with a deadline staring them in the face.

Another challenge is the potential lack of bandwidth by the ONC Authorized Testing Laboratories (ONC-ATLs). The last few years have seen contractions and reorganizations by these Testing Bodies. Some have disappeared. Some have been acquired and experienced significant turnover. Whatever the reason, I expect significant testing log jams ahead that will only become more severe as the deadline approaches.

For vendors it is not too late to put together a time line for gap analysis, development, and certification testing to meet the 2015 Edition requirements. If vendors put this off until after their summer vacations they just might be caught in the coming crunch. They say, “a stitch in time saves nine” and nothing could be truer for vendors who are going to need that certification anyway. I’m reminded of another old saying if one put’s something off for too long. “Hell to pay”.

In the past 12 years at EMR Advocate, Inc. we have supported over 300 health information technology vendors in their successful certification initiatives. If you need help, we are the ones to contact.